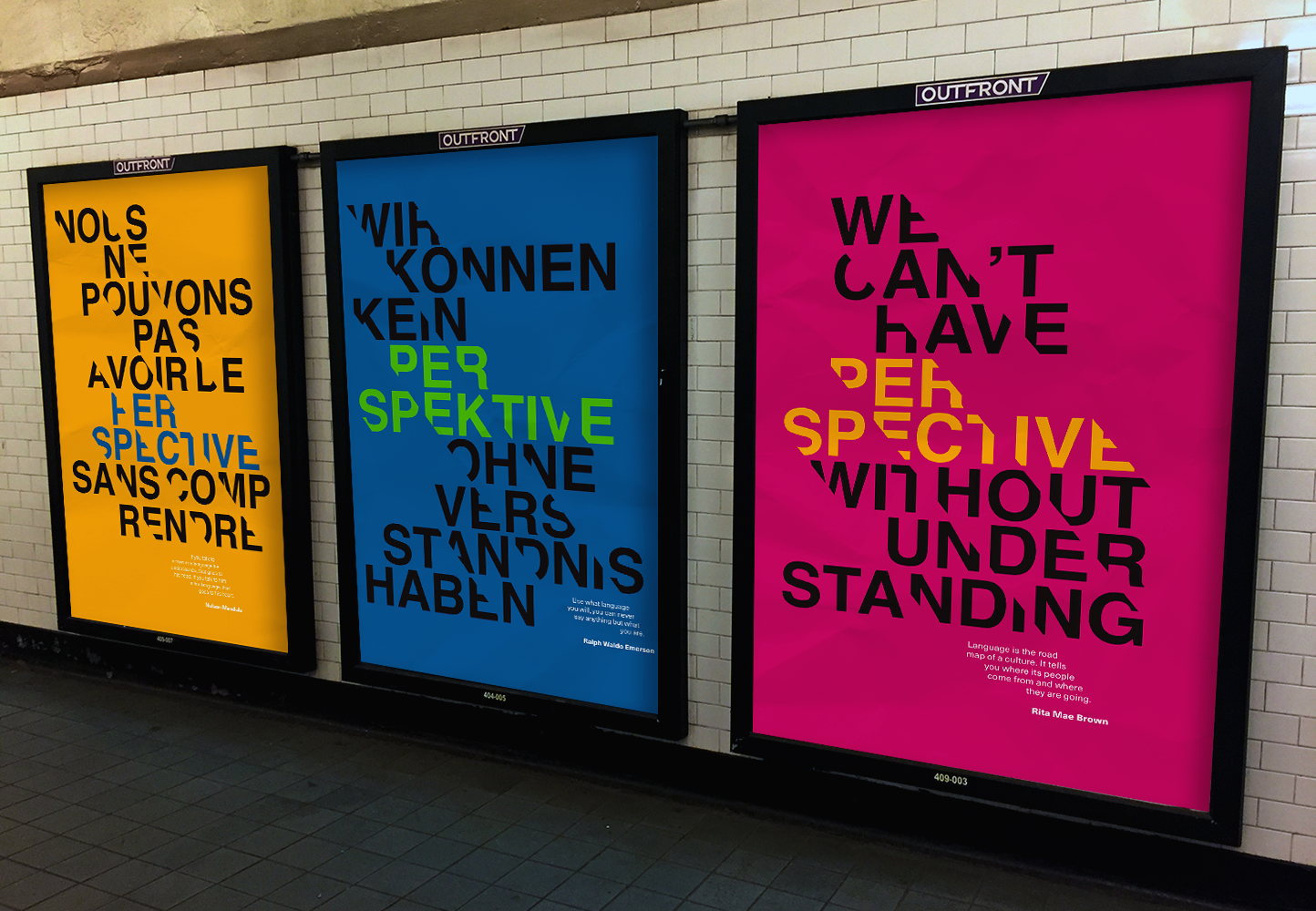 These collections of posters represent the theme of "Borders" with focus on language. The project prompt was to create a typographic poster that represented an idea of impact with borders—that being socially, politically, or economically. I decided to use language as my theme and the importance of a broad perspective. With the use of large and simple type, I wanted the phrase "We can't have perspective without understanding" to be easy to read. The word perspective is highlighted across each poster with the language changing from English, to German to French. Often language becomes a major border in communication. Being bi-lingual [in English and French] I was able to witness such language borders. With this project, I aimed to promote language borders as, too, a metaphor for cultural borders and the ideal that ultimately perspective and its positions are the key to understanding. These specific languages were chosen for their use of the same alphabet, yet all languages and cultures are included in the concept of understanding through perspective.

Prev
Into the Wild
Next
Miscellaneous Illustrations